Stack is used for static memory allocation and Heap for dynamic memory allocation, both stored in the computer’s RAM . Computer programs typically have a stack called a call stack which stores information relevant to the current function such as a pointer to whichever function it was called from, and any local variables. Because functions call other functions and then return, the stack grows and shrinks to hold information from the functions further down the call stack. A program doesn’t really have runtime control over it; it’s determined by the programming language, OS and even the system architecture. 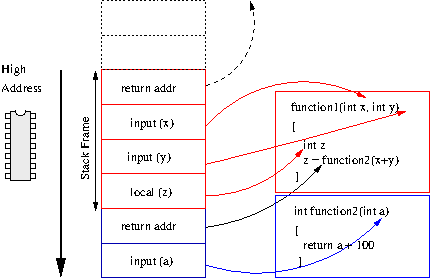