Suppose we have a sequence of letters ACCGGTC. Then a subsequence of this sequence would be like ACCG or ACTC or CCC. To get ACTC, we pick letters 1, 2, 6, and 7.

In the longest-common-subsequence problem, we are given two sequences X and Y , and want to find the longest possible sequence that is a subsequence of both X and Y. For example, if X = ABCBDAB and Y = BDCABA, BCBA and BDAB are longest common subsequences, since there are no common sequences of length 5 or greater.

Optimal substructure
The first step to solving this using dynamic programming is to say that we can create an optimal solution to this problem using optimal solutions to subproblems. The hardest part is to decide what the subproblems are. Here there are two possible cases:

A recursive solution
To store the solutions to subproblems, we use a 2D matrix (c), compute all the values c[i, j], which are the lengths of the longest common subsequences between the first i elements of X and the first j elements of Y . At the end, the answer will be stored in c[m, n]. 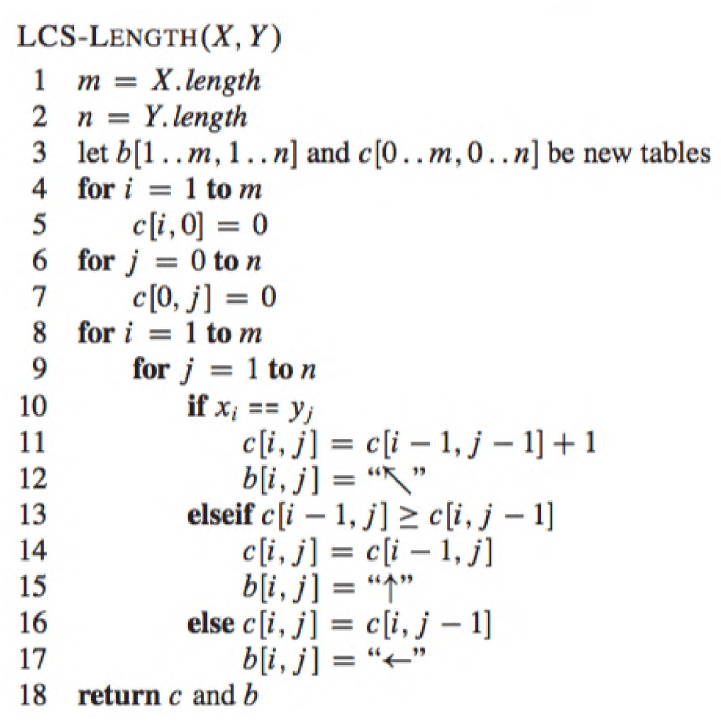