A problem is said to have optimal substructure if an optimal solution can be constructed efficiently from optimal solutions of its subproblems. This property is used to determine the usefulness of dynamic programming and greedy algorithms for a problem.

Typically, a greedy algorithm is used to solve a problem with optimal substructure. Otherwise, provided the problem exhibits overlapping subproblems as well, dynamic programming is used.

A problem is said to have overlapping subproblems if the problem can be broken down into subproblems which are reused several times or a recursive algorithm for the problem solves the same subproblem over and over rather than always generating new subproblems. 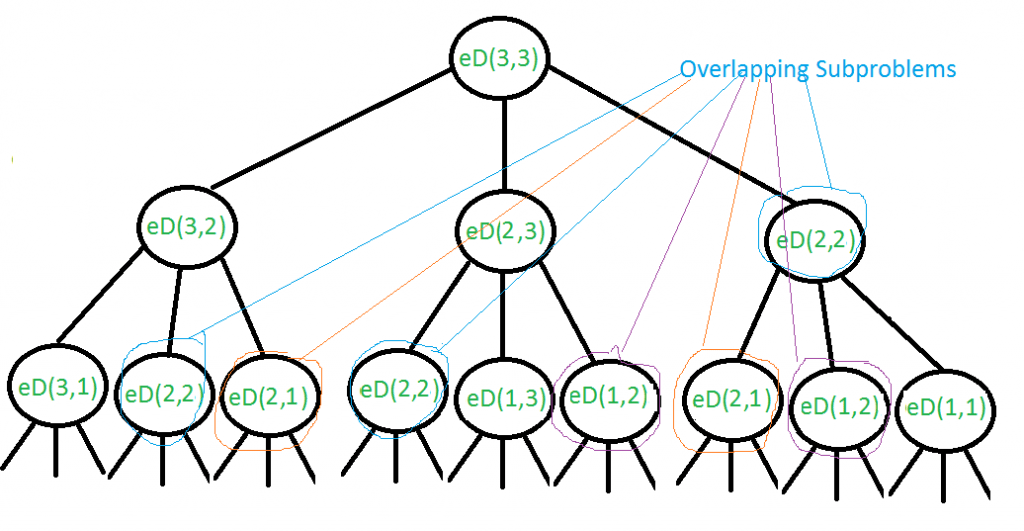 In above figure, we can see that many subproblems are solved again and again, for example eD(2,2) is called three times. Since same suproblems are called again, this problem has Overlapping Subprolems property.