When you apply multiple effects to a piece of work they are listed from top to bottom in the order which they are applied. You can add new Fill Colors, Stroke Colors and Effects. The Appearance panel lists what is selected at the top of the panel. Each of the appearance attributes applied to the artwork are listed, in a specific order, in the panel. 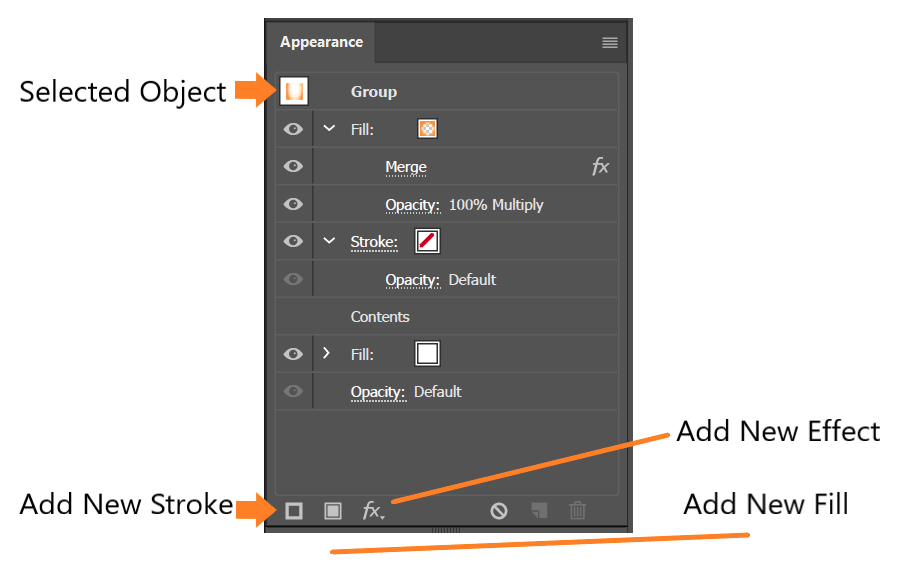 Multiple strokes and fills can be added using Appearance panel. This is how one can achieve a lot of the appearance effects in Illustrator. Since attributes are stacked from top to bottom the way you see them. So having a fill above another fill can block the lower one from being visible. So to make visible, adjust appearance property of the upper to partly show the lower.

In the below figure, when stroke size are same, stoke coming earlier in the appearance panel hides the stroke coming later. To make both the strokes visible, adjusted the stroke size. The option is to offset the path i.e. Effect > Path > Offset Path. 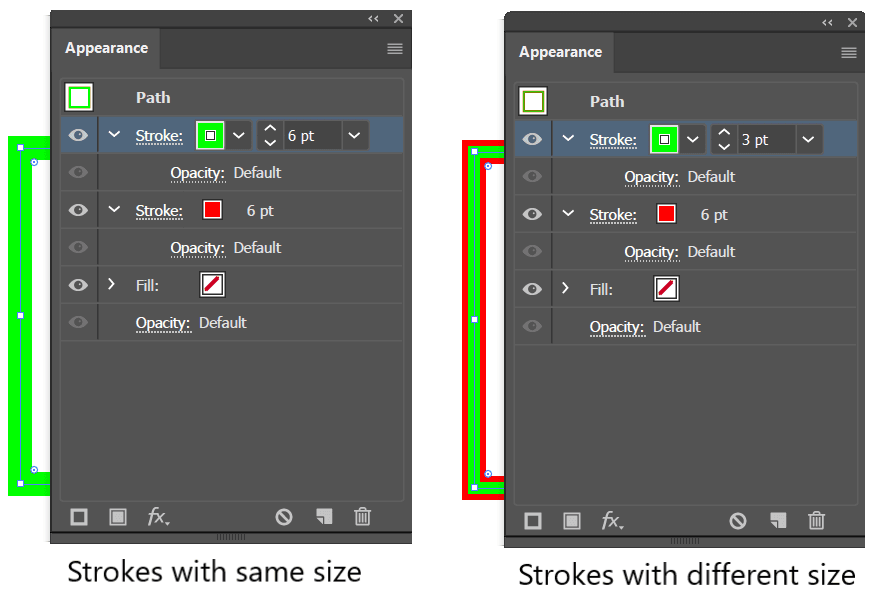