Exposure is a measurement of the amount of light hitting camera’s sensor and determines how light or dark your picture looks. It can be controlled by

Camera’s Auto mode will do that most of the time for these parameters. Instead, getting the proper exposure for a photo is about balancing those three settings so the rest of the photo looks good, from depth of field to sharpness. 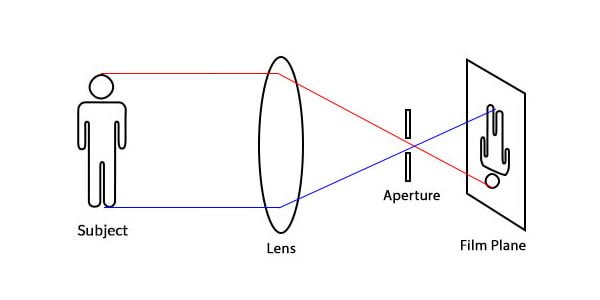 One can therefore use many combinations of the above three settings to achieve the same exposure. The key, however, is knowing which trade-offs to make, since each setting also influences other image properties. For example, aperture affects depth of field, shutter speed affects motion blur and ISO speed affects image noise. Changing the value of one requires adjustment of the other two settings, otherwise, the exposure will be overexposed (too light) or underexposed (too dark). 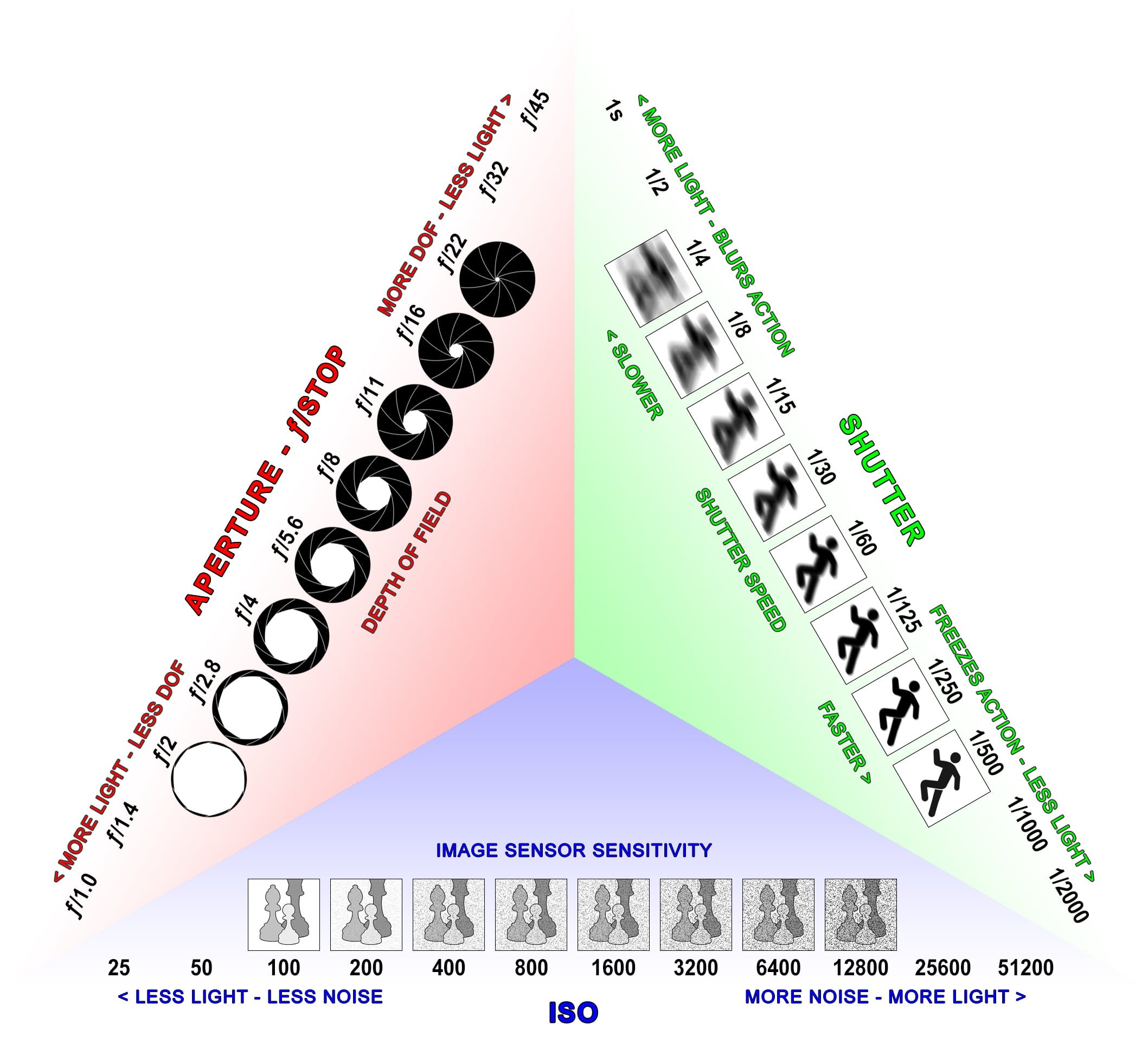 For the above figure, if you increase the f-stop, you decrease the size of the lens’ diaphragm thus reducing the amount of light hitting the image sensor, but also increasing the DOF (depth of field) in the final image.

Shutter speed affects how motion is captured, in that this can cause the background or subject to become blurry. However, reducing shutter speed (keeping the shutter open longer) also increases the amount of light hitting the image sensor, so everything is brighter.

Increasing the ISO, allows for shooting in lower light situations, but you increase the amount of digital noise inherent in the photo. It is impossible to make an independent change in one of the elements and not obtain an opposite effect in how the other elements affect the image.